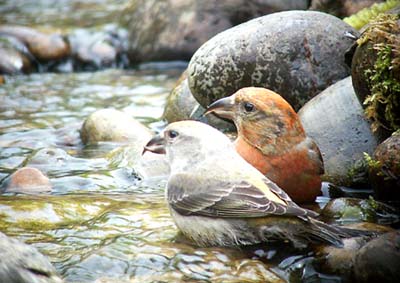 Digital photo supplied by John Will

Two of the of ten or so Crossbills that were visiting John's pond twice a day to drink and bath. 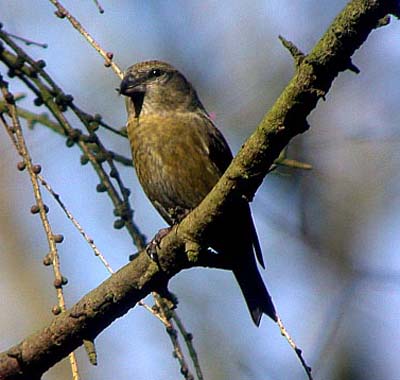 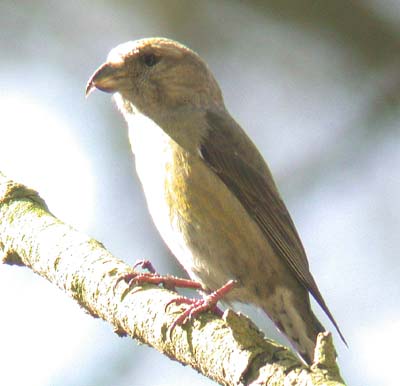 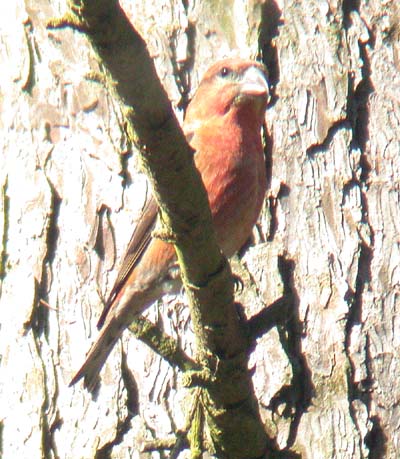 A flock of up to 60 Crossbills were regularly seen during February and March and were observed by many birders trying to see the Two-barred Crossbill.  The red bird is a male and the green females.   The birds were feeding on a group of tall Larch trees and would sometimes come down to drink in pools of water by the road. 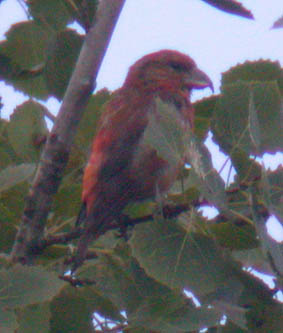 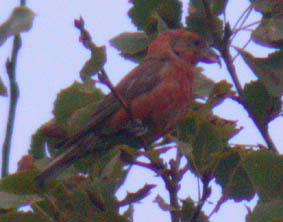 The two males above were part of a flock of 12+ Crossbills, although a flock of c40 had been reported earlier in the week.  This is part of an irruption of Crossbills into the UK with many others seen in SE England, including others in Bucks.   Black Park is one of the most regular sites in the county for this species.  Other good sites include Wendover Woods and Brickhill Woods. 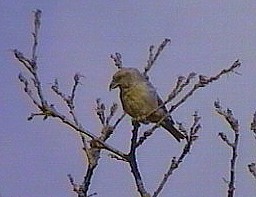 The bird pictured was found at Black Park which is one of the more regular sites for the species in the south of the county.  Rather conveniently the bird perched in an Oak tree for a time, rather than the more usual uppermost branches of a Pine tree.  The Crossbill is an irregular winter visitor and occasional breeder in the county.