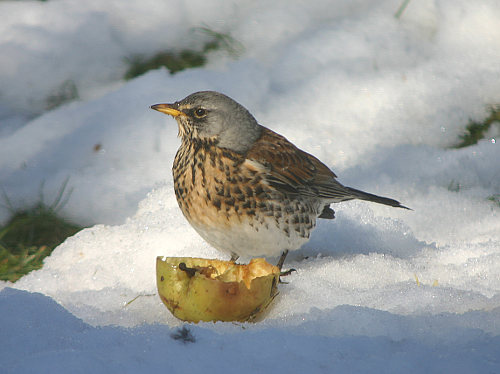 The very cold spell in February caused many birds to look in gardens for food. 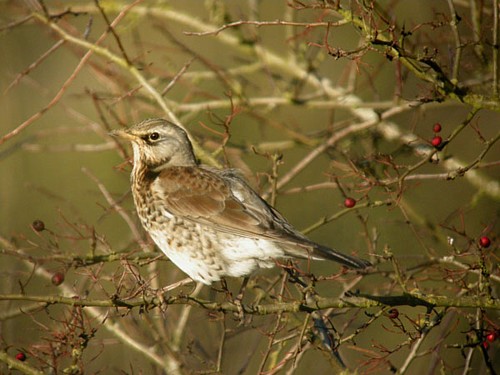 This Fieldfare is perched in a Hawthorn bush, the fruits of which provide important food for this species during the Winter. 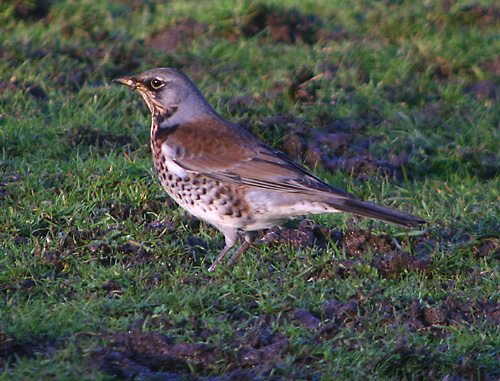 The Fieldfare is an attractive bird when seen well, as can be seen in this photo. 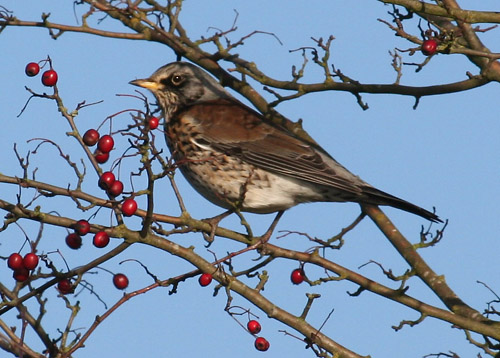 The winter of 2006/7 was certainly not a good one for numbers of Fieldfares, at least in the south of the county.  Rather unusually this bird was on it's own and obviously ready to devour one of it's favourite foods; Hawthorn berries.. 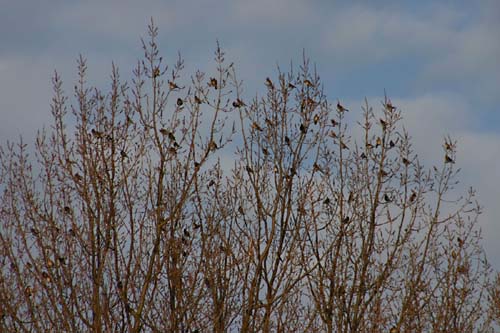 Fieldfares are common winter visitors to Buckinghamshire with large flocks occuring from time to time.  The birds pictured were part of a flock of approximately 500 and was taken at a time when many thousands of Fieldfares were present in the Vale of Aylesbury.