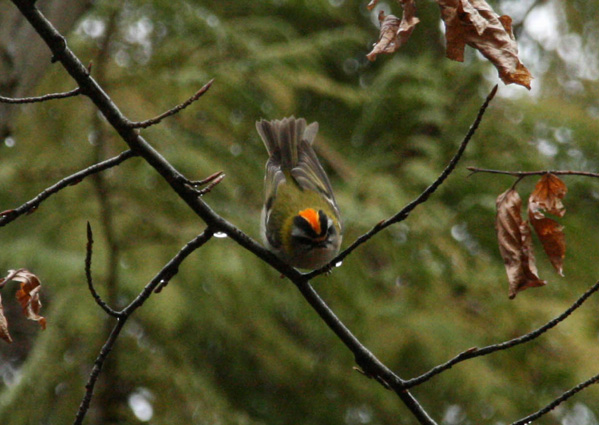 Wendover  is a well known site for breeding Firecrest but although they may be heard singing, it is quite another thing to see one, let alone photograph one.  This bird obviously ventured away from it's preferred coniferous habitat. 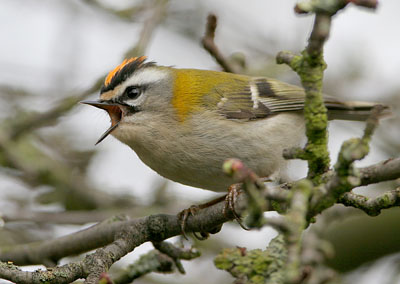 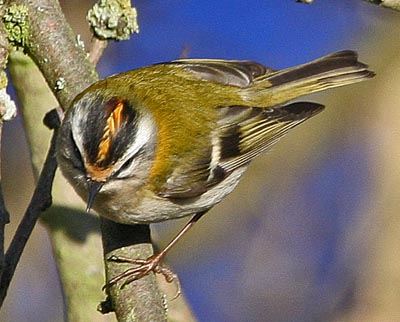 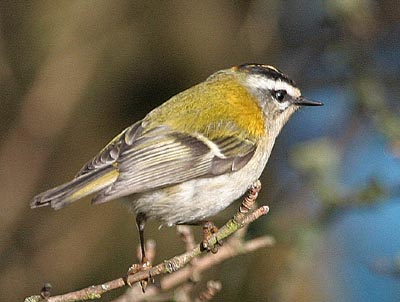 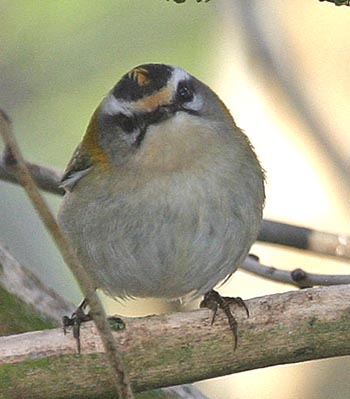 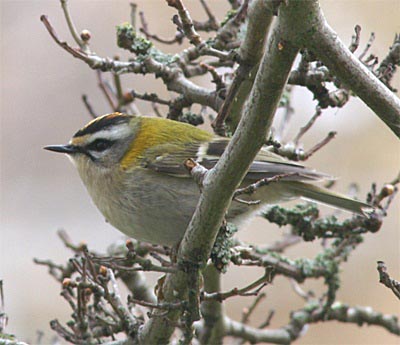 This individual took up temporary residence in Fowler Road and Rowland Way, Aylesbury for over a week, allowing many local birders to get exceptional views. 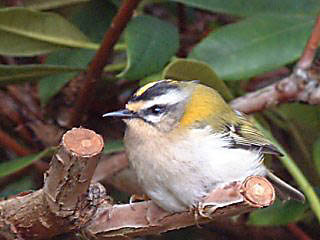 This is one of two birds seen at this site with one of these being present for two months!  This is a short distance from the regular breeding site at Wendover Woods and we can assume that this is the origin of these birds. 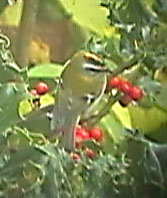 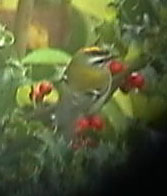 The above pictures are taken from video footage and is perhaps the best way to capture images of such an active bird.  The bird was seen in the garden of Graham Anderson and is only about a mile from the town centre.  It seems remarkable that such a bird would venture so far away from it's preferred habitat, although it's close relative, the Goldcrest are of course fairly common in gardens.  What is interesting to note is that this sighting co-incident with dozens of Firecrest records all down the east coast, after an overnight fall.  Presumably this bird was involved in the same movement but just carried further inland. 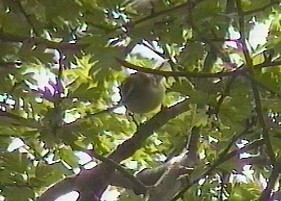 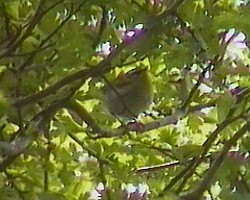 This bird was located by the birds song.  Several birders managed to see it during it's one day stay.   The species regularly breeds at Wendover Woods approximately 15 miles to the north.   It is possible that this bird was heading for this site, as the birds are usually on territory by the end of April/early May.