While Calvert Lake (see below) seems to turn up Glaucous Gulls on a regular basis, for Little Marlow GP this species is a very scarce bird with only three previous records.  Found by regular Alan Stevens, word was soon out and the bird was enjoyed by many local birders.  It was not present the following day.  The bird in question is the left hand larger gull with an overall pale plumage and a black tip to the bill.  This photo was taken at several hundred yards distance. 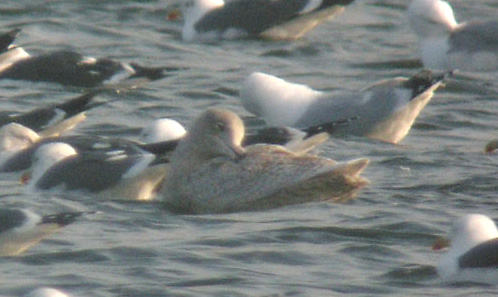 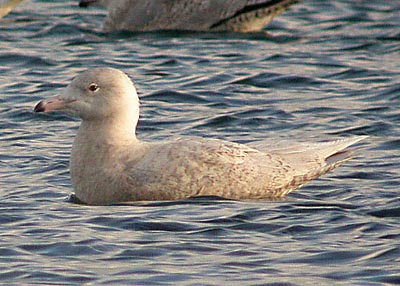 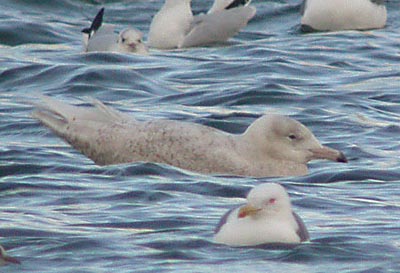 This 1st winter Glaucous Gull was presumably the same individual that was first seen on the lake on 3rd February.   It was also seen on the 11th in the evening roost.  The distinctive bill and white primaries are clearly visible in these photos. 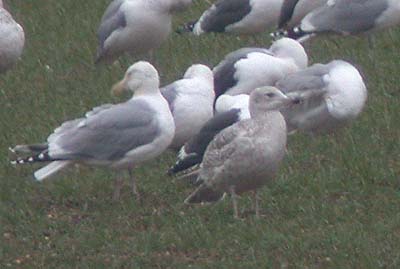 This individual in the foreground is thought to be a Glaucous Gull hybrid.  Ben says that it had dark primaries, thereby excluding a pure Glaucous Gull.  However the structure, the head shape, the underparts colouration and in particular the bill pattern suggest a Glaucous influence.   If you have any comments regarding the ID of the bird please do so via the BuckBirders Email group or directly to Ben. 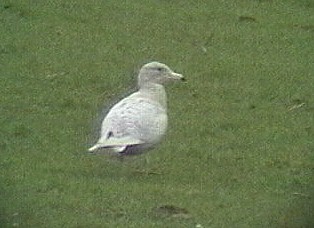 This second winter bird was seen in the roost field just south of the M40 motorway.  It is not the first time this species has been found here.