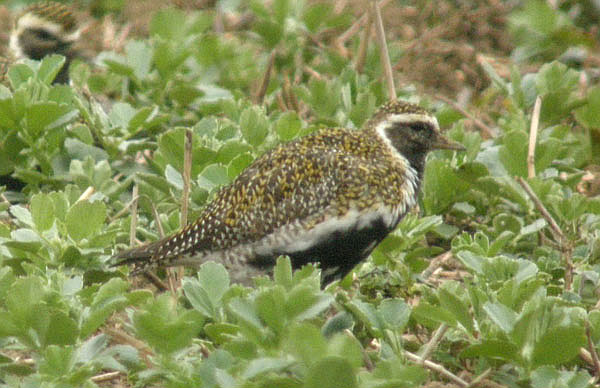 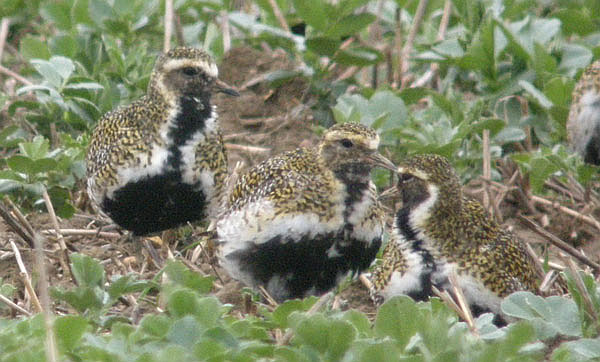 These Golden Plover are approaching full breeding plumage.  They had been present at Hillesden for some days. 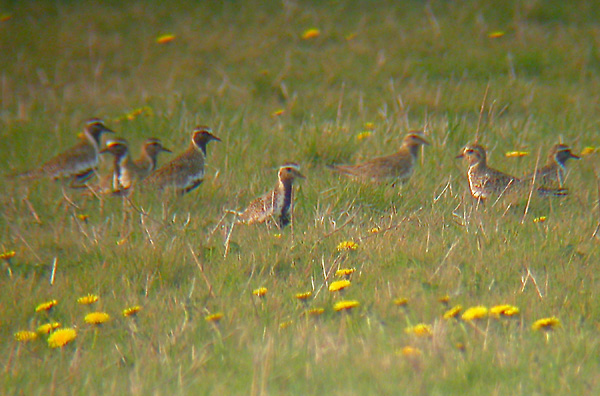 In contrast to the other Golden Plover photographs on this page, these birds are in (or approaching) full breeding plumage, making them one of the most stunning of British breeding birds. 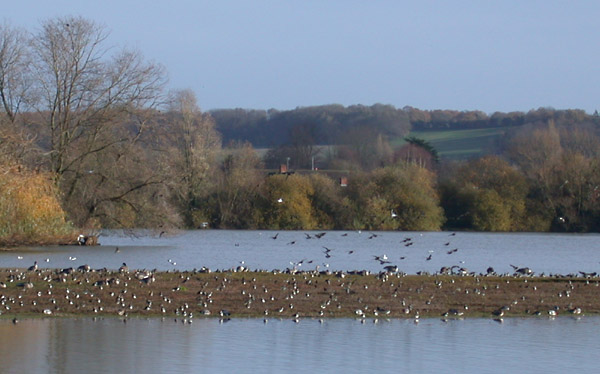 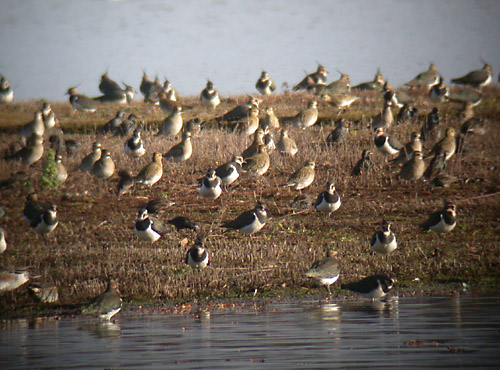 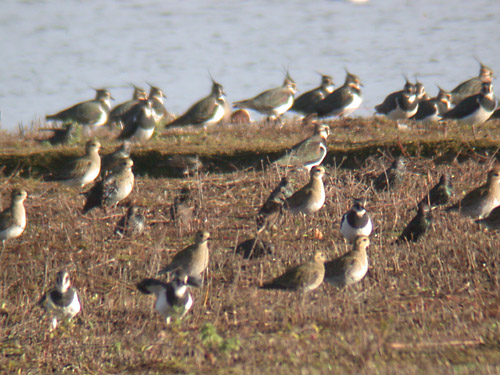 Golden Plover are not common visitors to Little Marlow Gravel Pit so when a flock of about 10 were seen on 25th is was certainly of interest.  Number built up over the next few days with up to 190 seen on 28th November.  They were regularly "spooked" as Red Kites drifted around the area, the Golden Plover being the last species to return.  They were present with a sizeable flock of 300-500 Lapwing.

The top view shows the mass gathering on the extensive sand spit with several Golden Plover about to land.

The above photo is part of a flock of c300 Golden Plover that were found at Marsh Gibbon.  Sizeable flocks of this species can be seen in the county during the winters months, with flocks of several hundred birds not being unusual.  In the not too distant past flocks of several thousand birds could be seen at favoured locations.  The most productive sites for this species in north of the Chiltern Hills, in the Vale of Aylesbury. 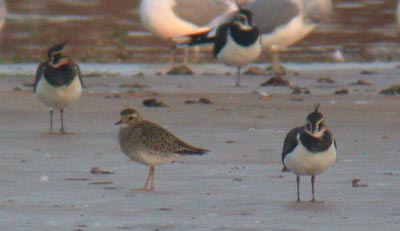 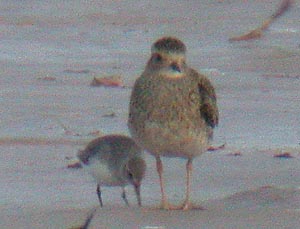 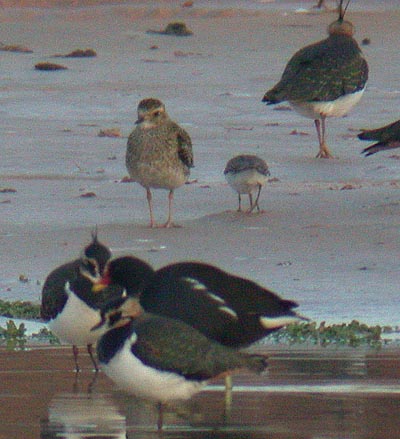 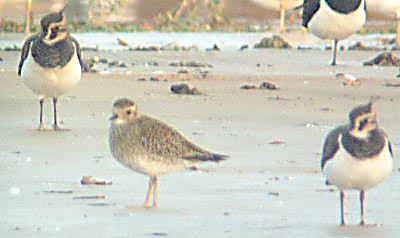 The above pictures show a Golden Plover at Little Marlow GP with a rather unusual leg colour.  The colour was described as yellow by all of the observers present but they would normally be dark grey, sometimes tinged greenish.  The last picture perhaps best depicts the colour as seen through a telescope.  The underwing was whitish thereby confirming Eurasian Golden Plover.

The Dunlin, also pictured, was happy to feed close to the Golden Plover but when it approached a Lapwing too closely it was pecked, ruffling it's feathers.

This mixed flock of about 300 Golden Plover and a similar number of Lapwing (plus Starlings, Stock Doves, Crows, Magpies and a mixed bag of Gulls), were in a field at TQ025795.  It is best viewed from the Slough to Thorney.  The very western end of the large field in in Berks but happily the birds preferred the middle of the field which is part of Bucks.  This species is difficult to get close to, so if anyone has a close up taken in Bucks, please let me know.