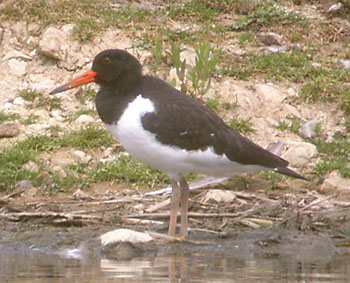 Oystercatchers are certainly on the increase as a breeding bird in the county.  From the first breeding record at Gayhurst (see below) the species has expanded it's range within the county but still a bird on North Bucks. 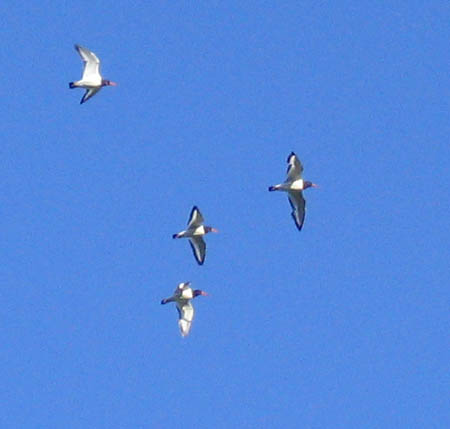 It is unusual to receive flights shots of waders in Bucks.  Oystercatchers are also uncommon in the county away from where they breed. 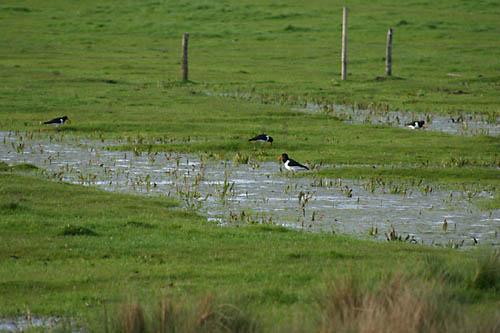 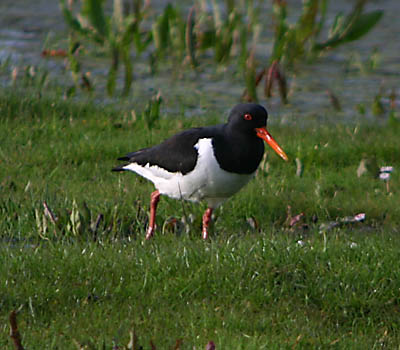 These four birds stopped off at very wet Broughton meadows. 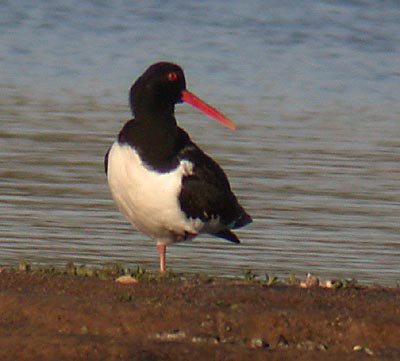 This bird had apparently been present the previous day also. 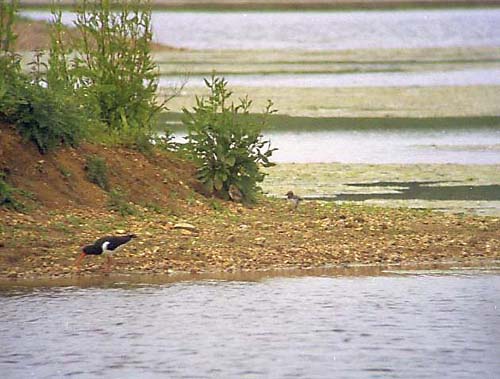 Gayhurst Quarry is the only site in Bucks where Oystercatchers are known to have bred and then only since 2000 when two chicks were raised. In 2001 three chicks were seen, while in 2002 only one chick appears to have been raised. Oystercatchers do breed inland all across northern England and Scotland, but in Southern England they are more confined to the coast and in the "The New Atlas of Breeding Birds 1988-1991" (BTO) there are no breeding records from Bucks or any of our adjacent counties. Perhaps this Bucks record in indicative of a more widespread change of breeding range? 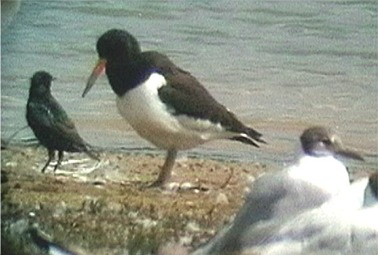 This individual is an early returning bird, with records extending from July into October.  To see the chart of Oystercatcher records in the county click here. 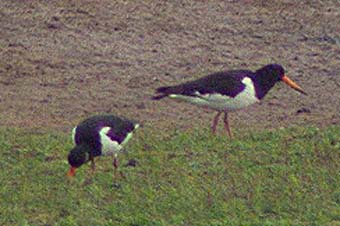 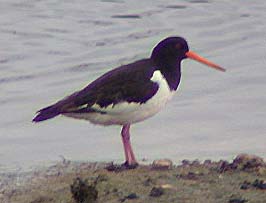 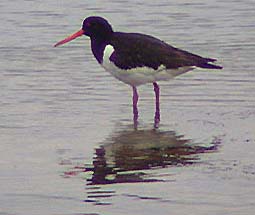 This pair were present on the flooded meadow.  This species is by no means common in the county and a late June record is certainly outside the norm.  To see the chart of Oystercatcher records in the county click here.