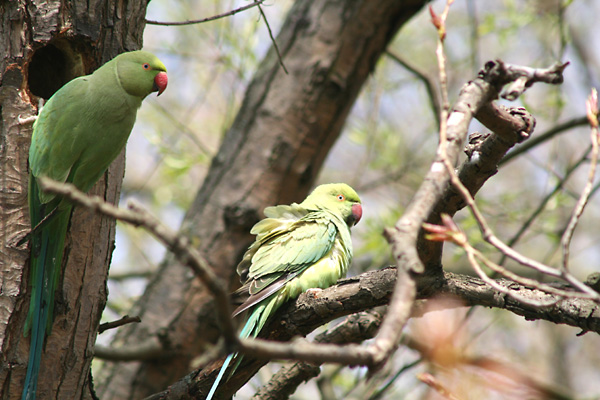 This pair were at Thorny Park in the far SE corner of the county and one of the first areas to be colonised by the species.  The hole in the tree behind the left hand bird looks to be a likely nest hole. 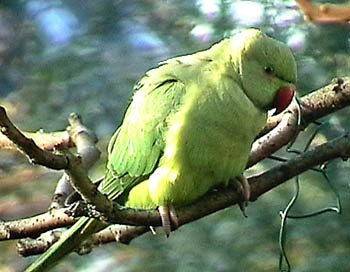 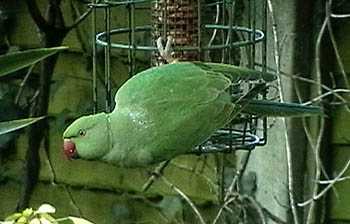 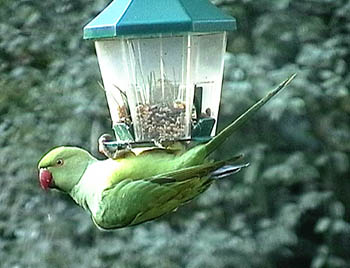 This species continues to expand it's range in the county as this pictures shows.  Not normally seen in the Beaconsfield area, two birds were present in Dave's garden and began to demonstrate just how greedy they can be. 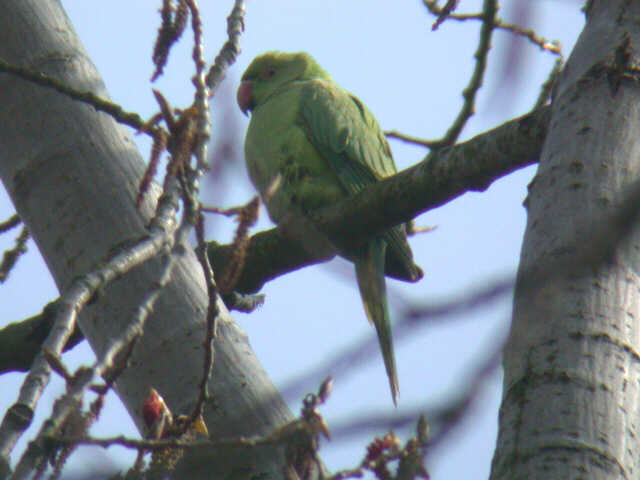 This bird was thought to be perched close to a nest site, as another unseen bird was heard calling.  The area has recently been colonised by the species with sightings becoming very regular.   Previously they had been most common in the SE corner of the county around Boveney and Dorney.