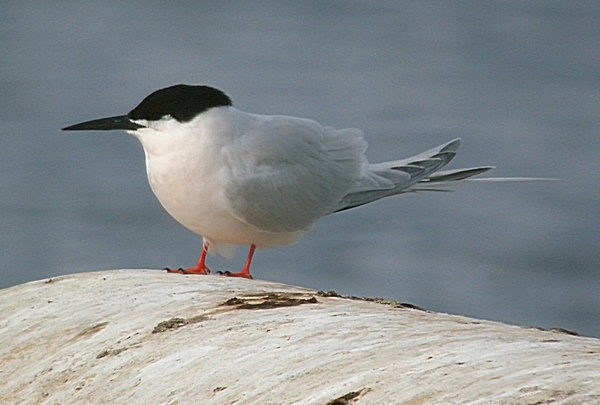 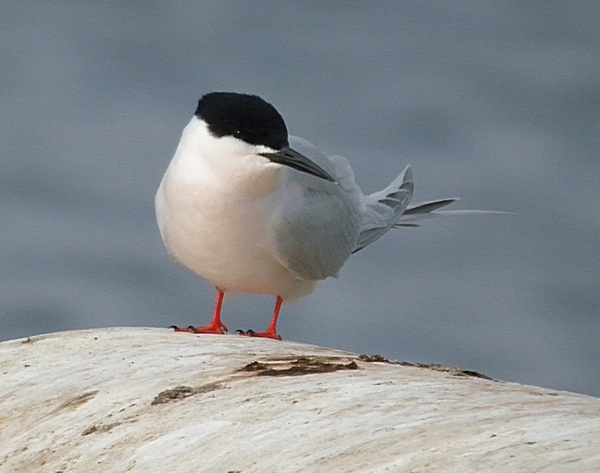 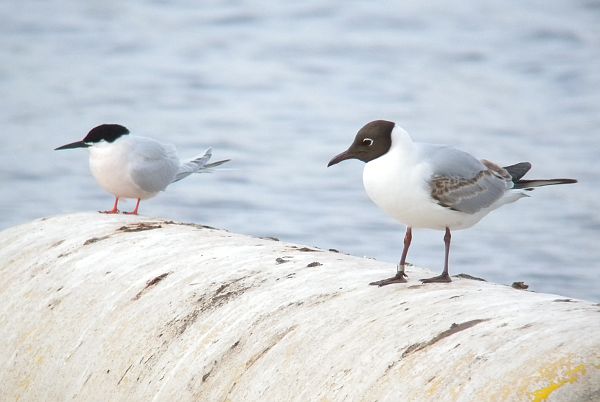 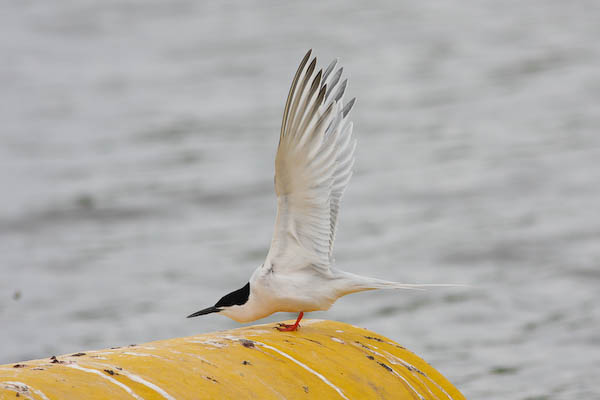 Found initially on the 9th May on the Queen Mother Reservoir (Berks), it eventually moved the short distance to the Dorney Wetlands area (Berks) on 12th.  The bird seemed content to rest on a number of yellow buoys close to a weir at Eton Wick and fly a short distance upstream to Dorney Wetlands to feed.  On the evening of 13th the bird was flushed from one of the buoys and it flew with two Common Terns past Dorney Wetlands (and a bridge which appeared to be a barrier to the bird) and continue further upstream into Bucks.  About 30 minutes later Kevin Duncan and Jim Rose, who were trying to relocate the bird, came across the bird 400 metres into Bucks as it was returning again to it's preferred resting place on the yellow buoys.   The bird was seen to fly off at dusk and it was thought it might roost again at the Queen Mother Reservoir.  However the bird was not seen again.

The above photos were taken in Berkshire, on the birds favoured perch, as it was not possible to photograph in Bucks.  The small size is demonstrated in photo next to a Black-headed Gull (wearing a ring!).

There have been five previous sightings of this species in the county, the last in May 2000.