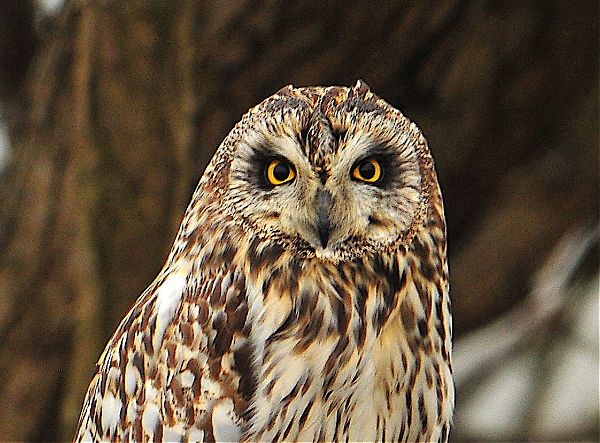 This superb photo was taken in February 2009 and obviously in good light conditions! 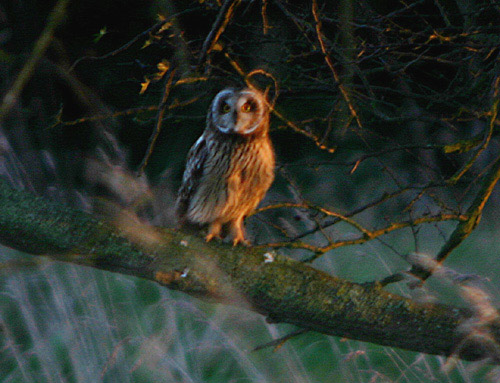 This is one of two individuals that were regularly seen hunting over rough grassland near to the Linford reserve.  One bird was first seen on 11th October and was joined by a second on the 18th.  On the 4th November an amazing five Short-eared Owls were present.   The birds remained throughout the winter with two still being present in mid-February 2009.

It does appear that this winter has seen an influx of Short-eared Owls into the county, with others birds seen on passage at Ivinghoe Beacon and hunting at Berryfields near Aylesbury, the latter until the end of 2008. 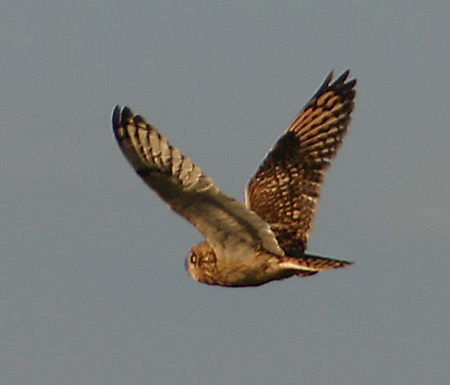 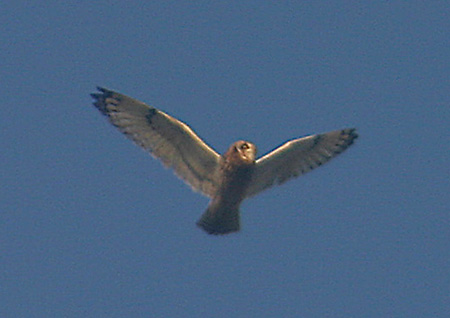 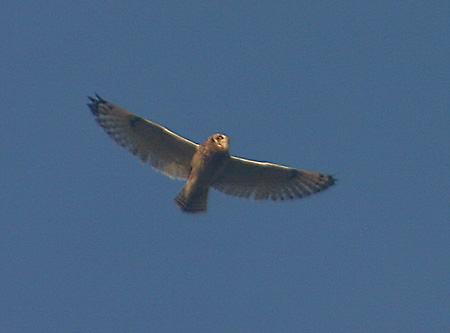 This Short-eared Owl was seen fairly briefly during the early morning on 3rd November when the top photo was taken.  The following morning it was watched for a much longer period and the two lower photos taken as the fog began to clear. 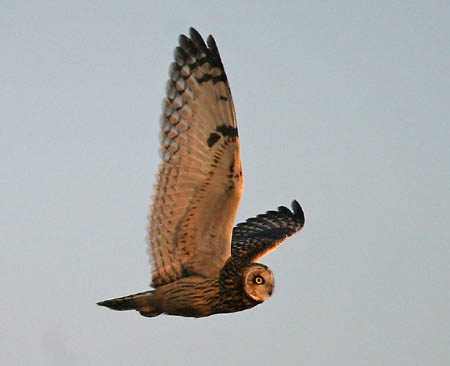 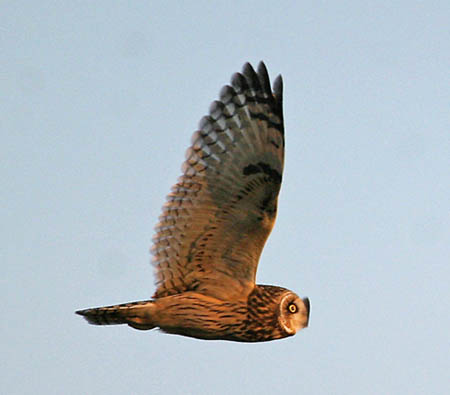 The above photos were taken at 3:30pm approx in bright conditions.  The bird conveniently flew close to   Adrian providing these amazing flight shots.  This and another pale bird were present. 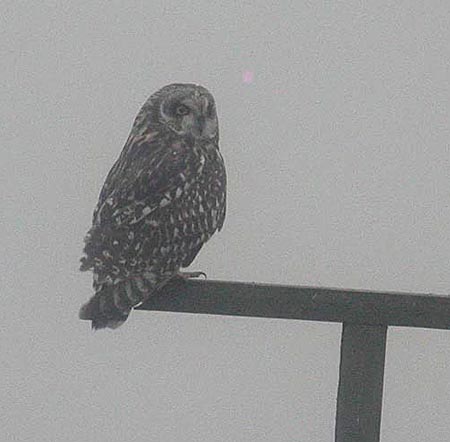 Taken just before dusk, hence the rather grainy picture.  Up to five birds have been recorded at this site