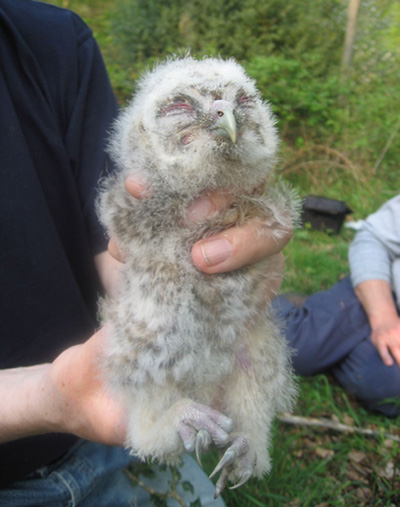 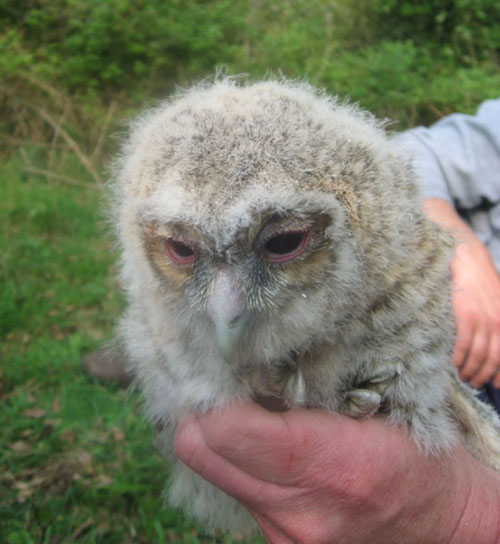 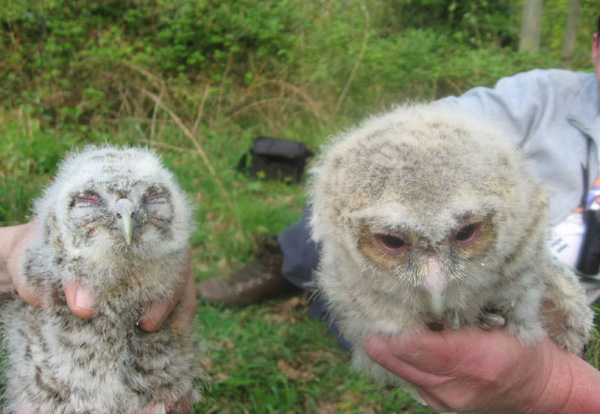 These young Tawny Owls were being ringed by two of the clubs qualified ringers, Mike Collard and Mick A'Court.  They are part of a clutch of three that were raised in a nest box funded by the Buckinghamshire Bird Club.  The lower photo clearly demonstrates the size difference between young from the same clutch, the larger bird being more likely to survive when food is scarce. 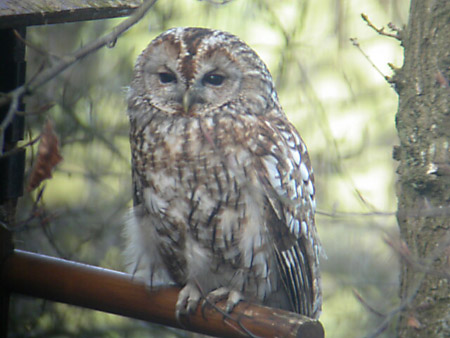 This Tawny Owl is pictured at the entrance to a nest box in Adam's garden.  A pair of Tawny Owls have taken an interest in the nest box since it was put up three years ago, but have yet to use it to raise a brood.  Sometimes the nest box is used as a roost.

From the photo this does appear to be a fairly grey bird compared to the more typical brownish plumage. 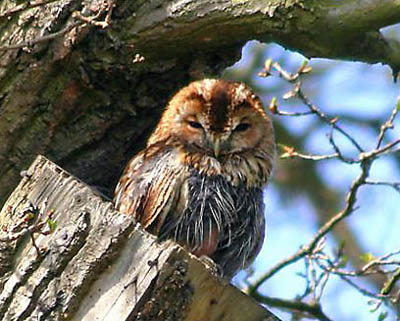 This adult has returned to a nest box in a garden in Hughenden Valley. 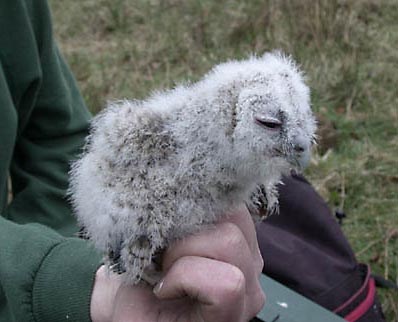 This chick was one of three chicks that were found in a Kestrel nest box in Penn Wood.  They were all ringed and placed back in the nest box.