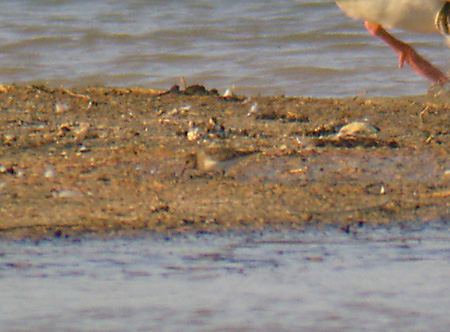 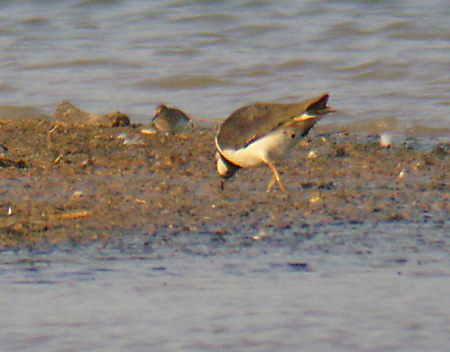 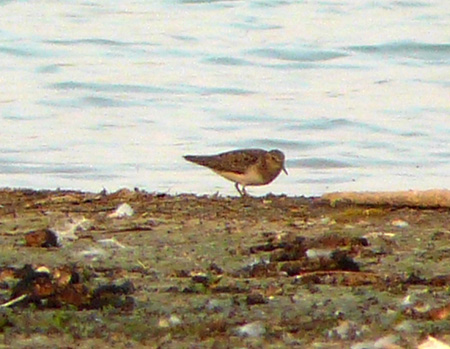 This individual was found on the large sand spit at Little Marlow Gravel Pit late afternoon, where it could be difficult to see.  By early evening about 20 local birders had seen this tiny wading bird (compare to the giant Lapwing in the foreground!).  This species breeds in Northern Scandinavia and further north. 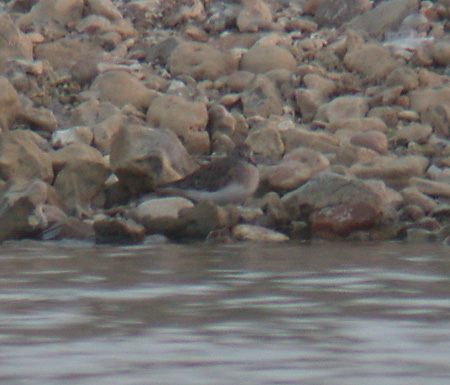 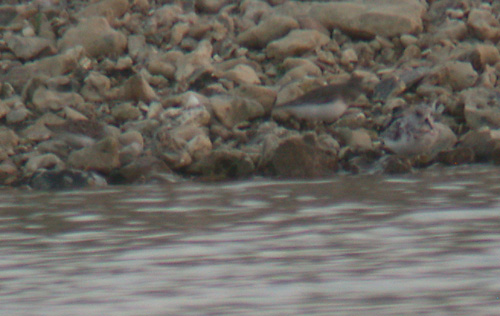 These record shots were taken in rapidly failing light at 8:45pm.  Two Temmincks Stints were found in the afternoon and stayed around until dusk allowing a few local birders to see them.  Also present was a Sanderling, which is shown in the lower photo along with both Temminck's (if you look carefully!), plus a Turnstone and three Common Sandpipers. 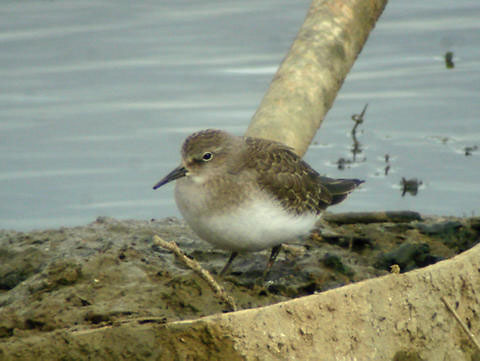 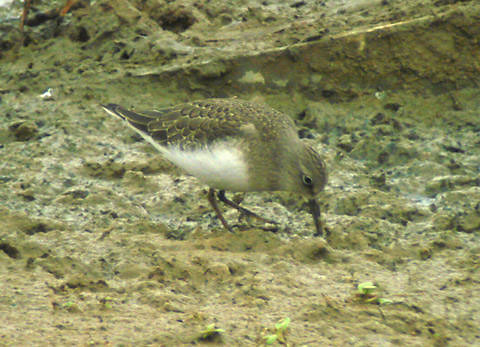 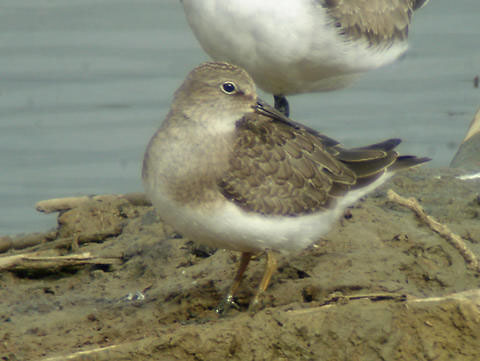 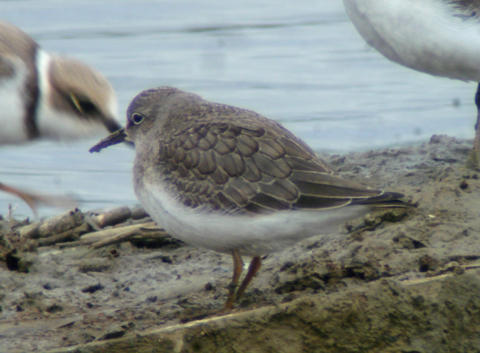 This super set of photos show a juvenile Temminck's Stint.  It was discovered on 31st August and stayed long enough for many local birders to see it.   This species is a rare vagrant to the county with about 20 records. 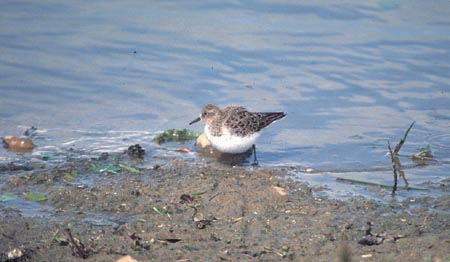 This species is a rare vagrant to the county.  This individual was photographed from the hide at Willen lake.