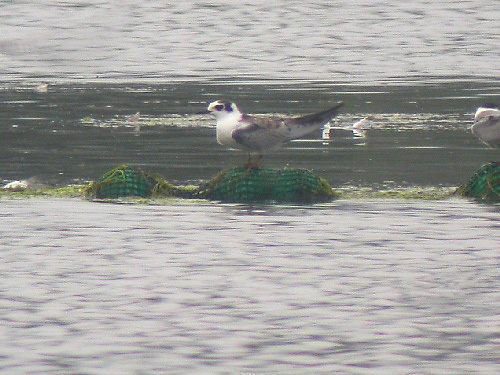 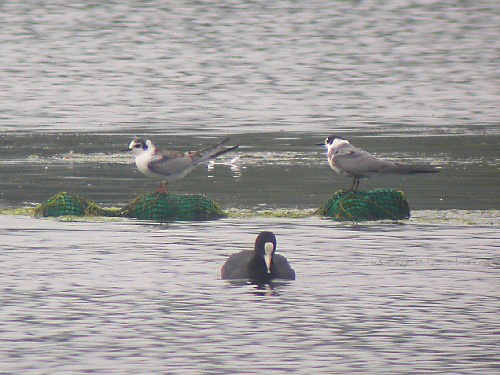 This is the first of two juvenile White-winged Black Terns that were present at  Wilstone Reservoir (Herts) for a short time.  The reason for inclusion on this website is that both birds were seen in Bucks airspace (which is very close to the reservoir) and constitute the 1st and 2nd records for the county! There have been a few records of the species in Herts before, including five prior records at Wilstone, the last in 2005.

The first bird was discovered by Lee Evans who quickly communicated to other local birders and to the bird information services.  The bird was present for approximately three quarters of an hour.  When the bird did fly off high to the west with a group of seven Black Terns, it allowed the birders gather on the bank to see it fly well in Bucks.

As the first bird was departing, another White-winged Black Tern was seen to fly in from the SE.  This individual stayed for about half and hour before flying off WNW.  See photo below.