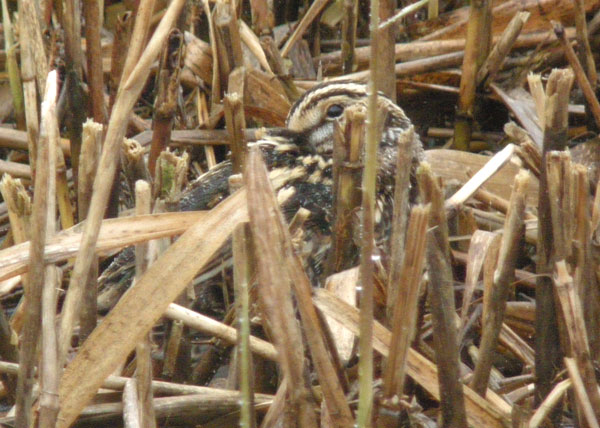 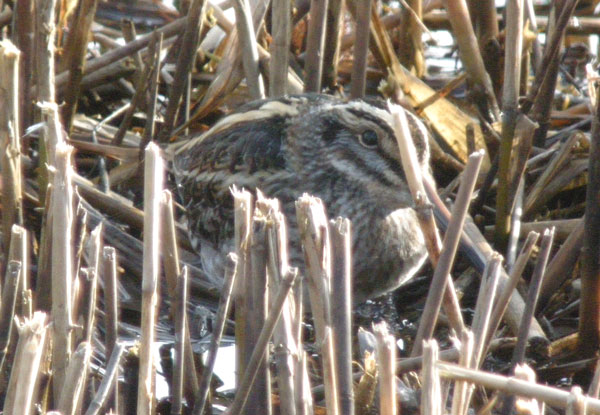 This individual was conveniently positioned outside of the hide at Calvert.  It was found by Calvert regular Gareth Leese, who put the news out allowing a number of local birders to see a Jack Snipe on the ground.

The above photos show just how well camouflaged Jack Snipes are.  It is extremely difficult to find this species without flushing it from under your feet. 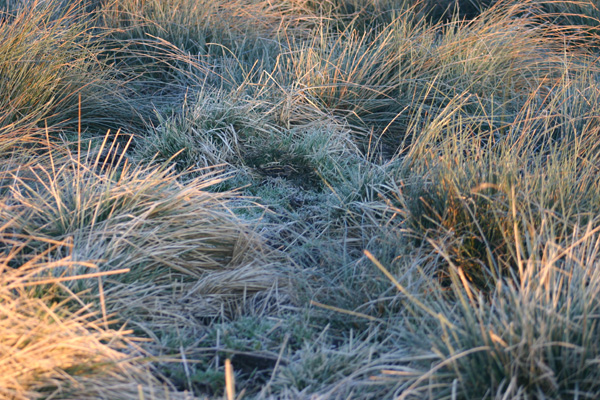 This species is always incredibly difficult to see on the ground.
The above photo gives an appreciation of this.

The photo below is a closer shot of the same bird.
It's back colouring is very similar to that of the surrounding dead grass leaves. 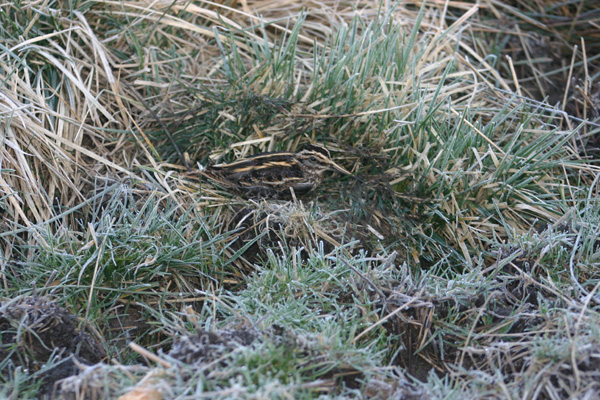 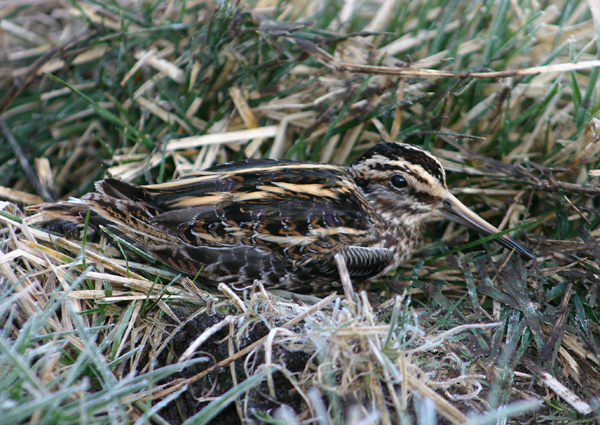 Once found on the ground Jack Snipe can be approached to very close range.  Note the bill is shorter than a Common Snipe.  Also note the dark line above the eye which a Common Snipe does not have. 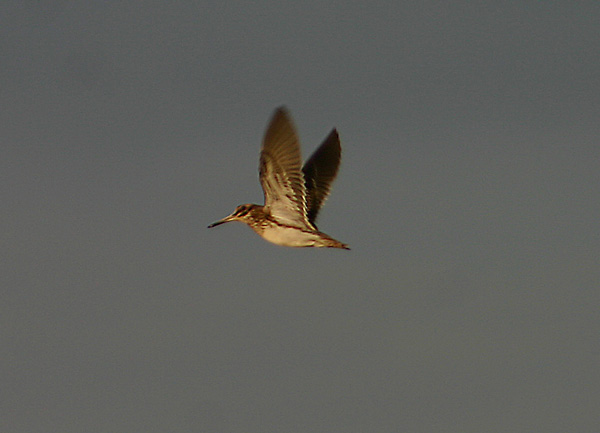 This flight shot gives a useful comparison to the flights shots below. 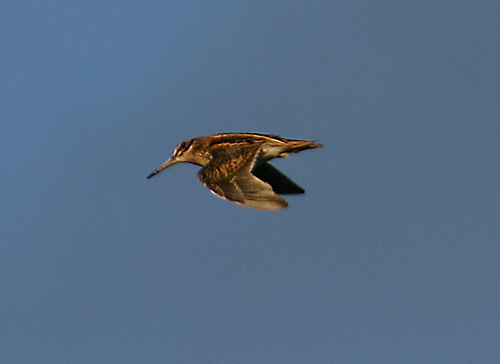 The flooded conditions at Broughton provided ideal conditions for this species during the late winter when good numbers were present in an area not previous noted for Jack Snipe.  This is a difficult species to see well in flight let alone photograph. 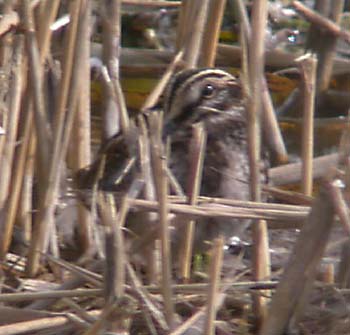 This individual was watched for a long period but never ventured from the reeds and this was the best picture Tim could obtain.

The Jack Snipe is an uncommon winter visitor to the county with small numbers found each winter between October and April. 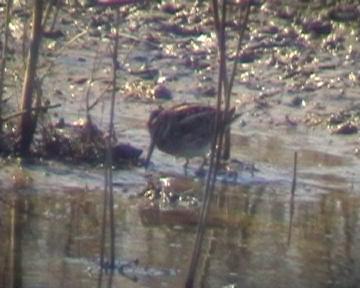 This bird was found by Jenny Wallington during the afternoon, apparently staying until the next day at least.  As usual for this species it was extremely difficult to see. 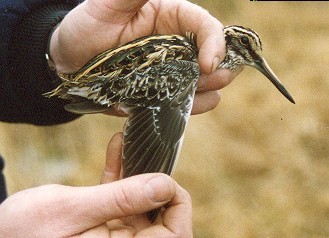 Jack Snipe winter in small numbers in the county. Stoke Common is one of the more reliable sites with up to 6 birds being recorded.  This particular bird was trapped in a mist net by members of the Hughenden Ringing group.  When released the bird sat motionless on the ground for several minutes (as if trying to hide) before flying into cover.