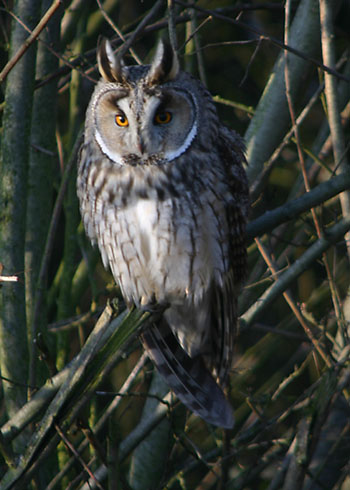 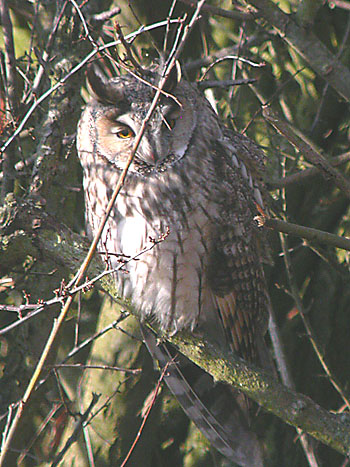 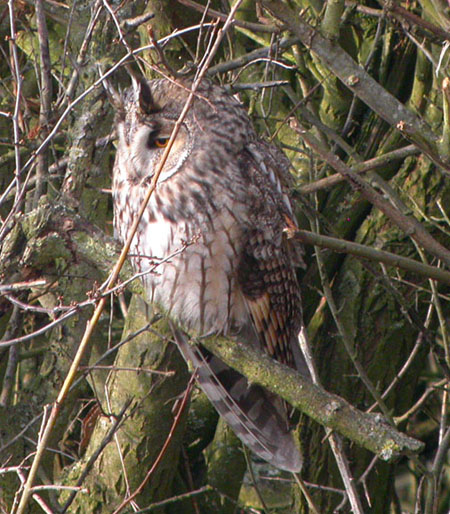 This Long-eared Owl was a surprise find by Ben Miller and Rob Andrews as they stopped the car to check on some Common Gulls in a field.  The owl was very obliging and not at all disturbed by birders, cars and tractors and it stayed around for several local birders to see. 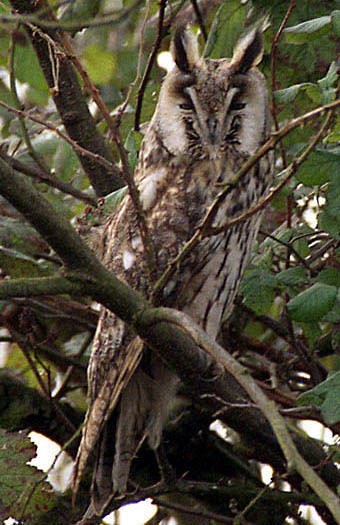 This is one of up to eight birds which were present between Jan 7th to March 22nd 1994.