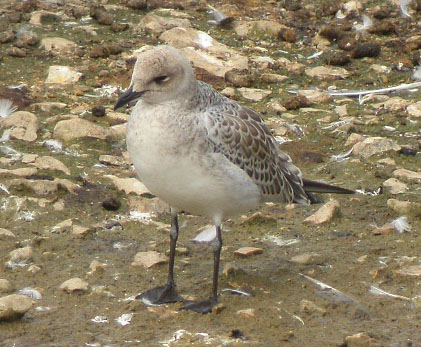 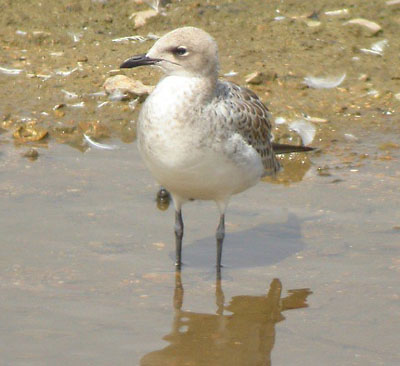 This juvenile was found at College Lake late morning by Dave.  It was seen by several birders during the day and briefly the following morning.  It presumably fledged from one of the growing colonies in SE England. 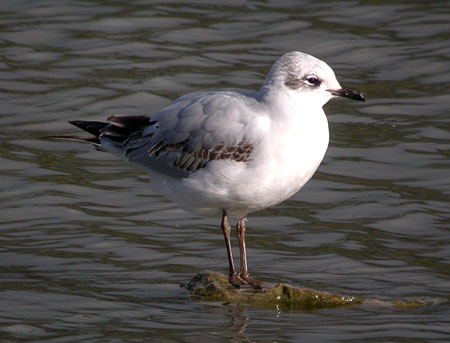 Calvert does not regularly produce Mediterranean Gulls so this 1st winter bird, seen in front of the first hide, was a good find. 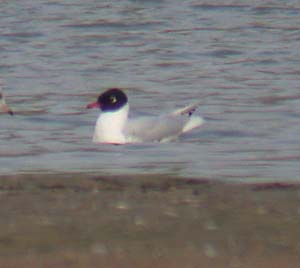 This was a bonus bird while waiting for the Ring-billed Gull to appear!  The black in the primaries indicates that it is a second summer bird.  It was present for several days during the week, appearing late evening just before going to roost.

To view the graph of Med Gull records in the county click here. 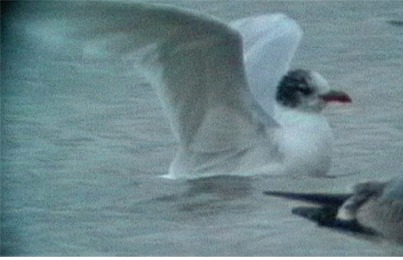 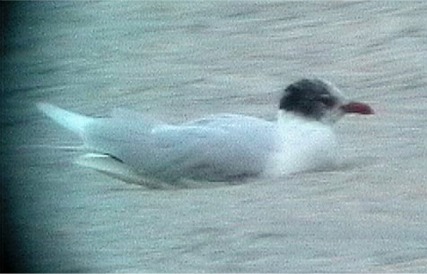 This adult is clearly different a individual to that of 17th March.  To view the graph of Med Gull records in the county click here. 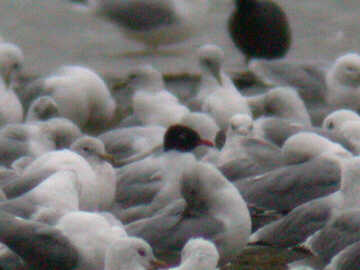 This adult was seen during the late afternoon on three consecutive days (On 15th two were seen).  Here it hiding among a group of Common Gulls.   Apologies for the poor picture quality but at about 200x magnification and in light rain it was the best I could do. 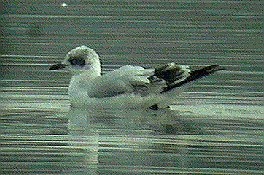