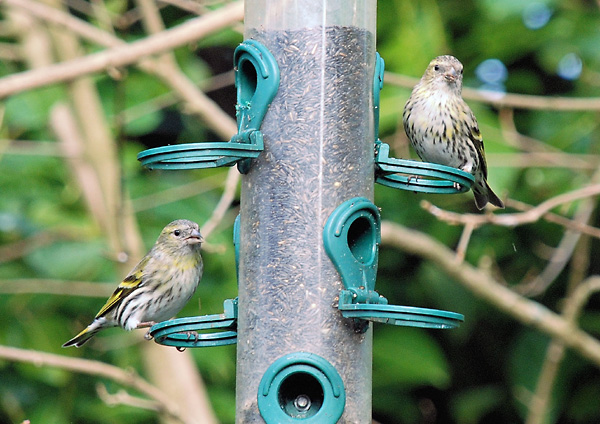 About 40 Siskins were present in the area during February.  These two Siskins appear to be juvenile males due to the streaky underparts but well marked wings. 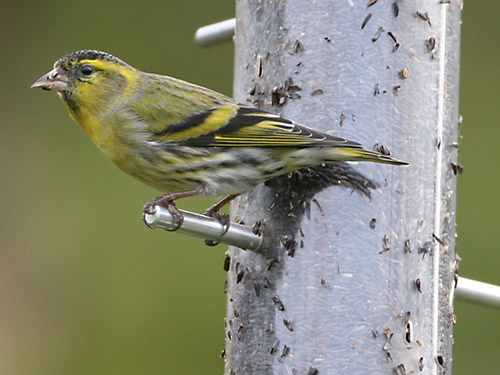 One of fourteen Siskins in Mike's garden during February. 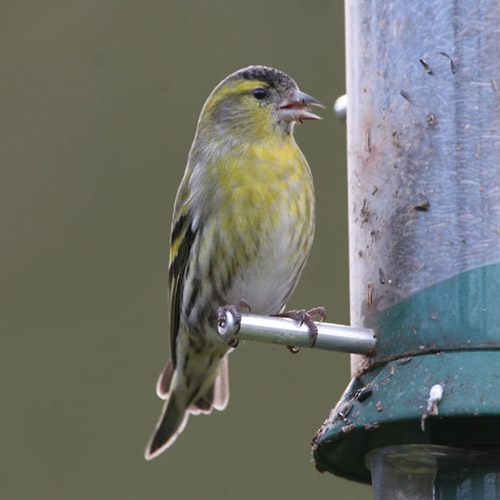 The Siskin often visits garden feeders but the frequency of their visits varies dramatically from year to year and often their visits are more common in the late Winter.   These individuals are feeding on Niger seed but they often feed on Peanuts as well. 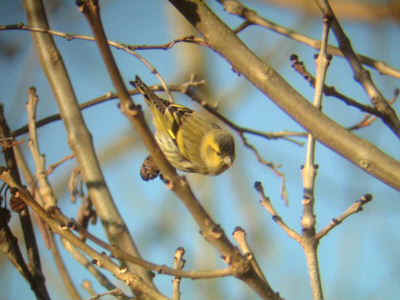 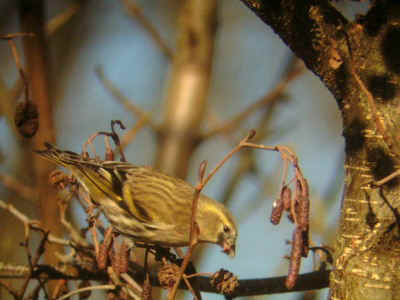 The Siskin is a fairly common bird in the county during the winter, although numbers vary greatly and they are sometimes few and far between.  Sizeable flocks can typically be seen in Alders and Birch trees along river banks.  The species also often visits peanut feeders in gardens usually during the late winter months and early Spring.