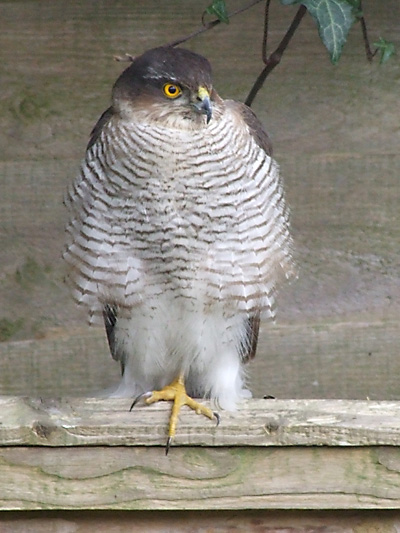 Yet another photograph of a Sparrowhawk taken in a garden.  This bird allowed Bob within 8 feet of the bird to get this very nice photo.  Note how the breast feathers are fluffed out.  Maybe the bird was trying to look larger as a defensive method? 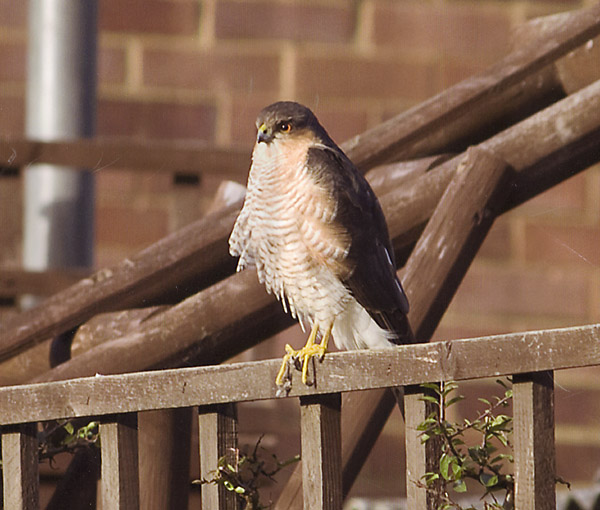 Another photograph of a Sparrowhawk taken in a garden.  Sparrowhawks are a regular visitors to many gardens but easily overlooked as they usually fly straight through.  This individual which is a male, as shown by the reddish-brown barring on the underparts. 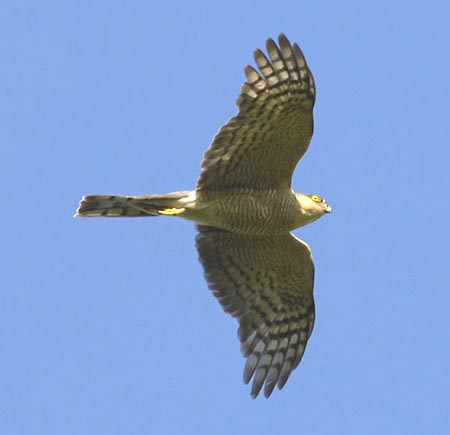 Another cracking flight shot over Gerry's garden.  It was apparently being pursued by several passerines. 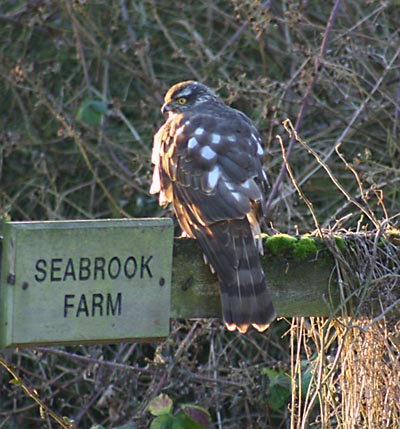 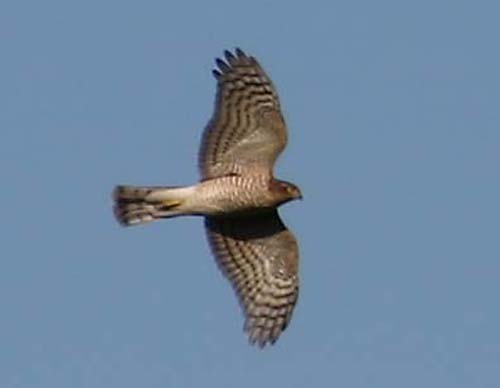 An excellent opportunistic photo of a female.  The bird was apparently about 60 metres away when photographed! 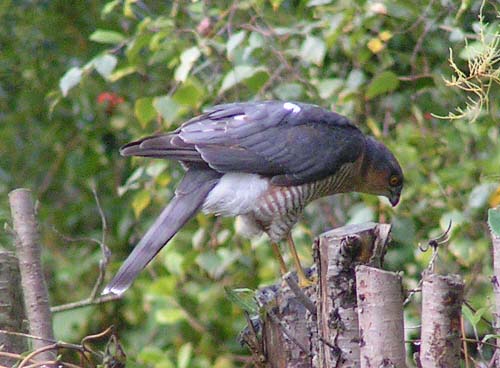 For many people the best views of Sparrowhawks are from their lounge windows when the bird perches in the garden, perhaps after making a kill.  The above male bird was photographed in Dave's Beaconsfield garden after catching a Blue Tit. 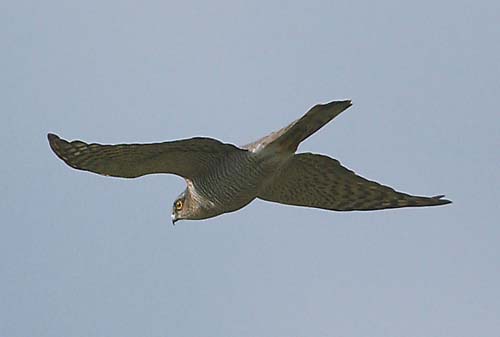 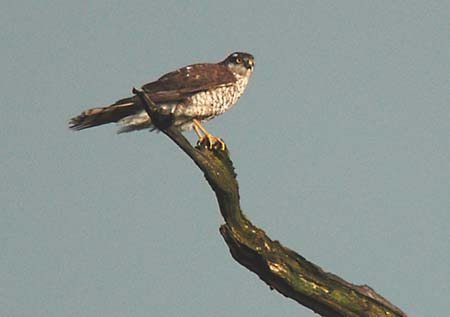 The perched juvenile bird was photographed from Gerry's bedroom window.

The Sparrowhawk is a widespread breeding bird in the county and is often overlooked due to it's secretive habits.  However, it is not uncommon to see them fly low and fast through gardens in an attempt to surprise it's prey of small birds.  The species is fairly shy and typically does not wait around to be photographed so the photograph of a bird in flight is exceptional.